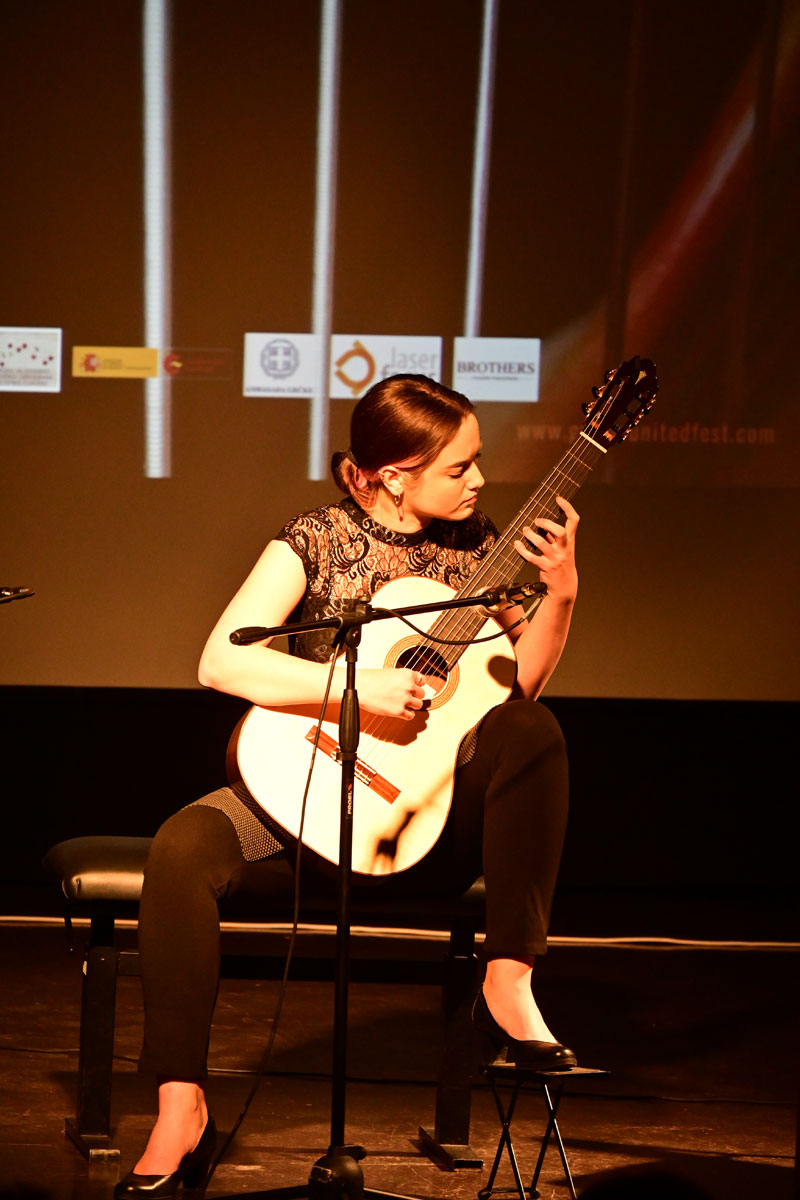 Tina Stanković was born on November 7, 2001 in Loznica, Serbia. In 2016 she graduated from Primary Music School „Vojin Komadina“ in Zvornik (Bosnia and Herzegovina), at the guitar department , in the class of Professor  Dragan Nikolić. She graduated from the Secondary Music School „Živorad Grbić“ in Valjevo (Serbia) in 2020. In July 2020, she enrolled at the Music Academy in East Sarajevo (Bosnia and Herzegovina) in the class of professors Vojislav and Aleksandra Ivanovic.

She has received several acknowledgments, commendations and diplomas, as well as recognition of the Government of Republika Srpska for achieved outstanding success at the Republic Competition of Music schools.

She has had a number of performances  at various music events. Being the youngest student of the Primary Music School „Vojin Komadina” , she  held a solo concert in Zvornik in 2011.